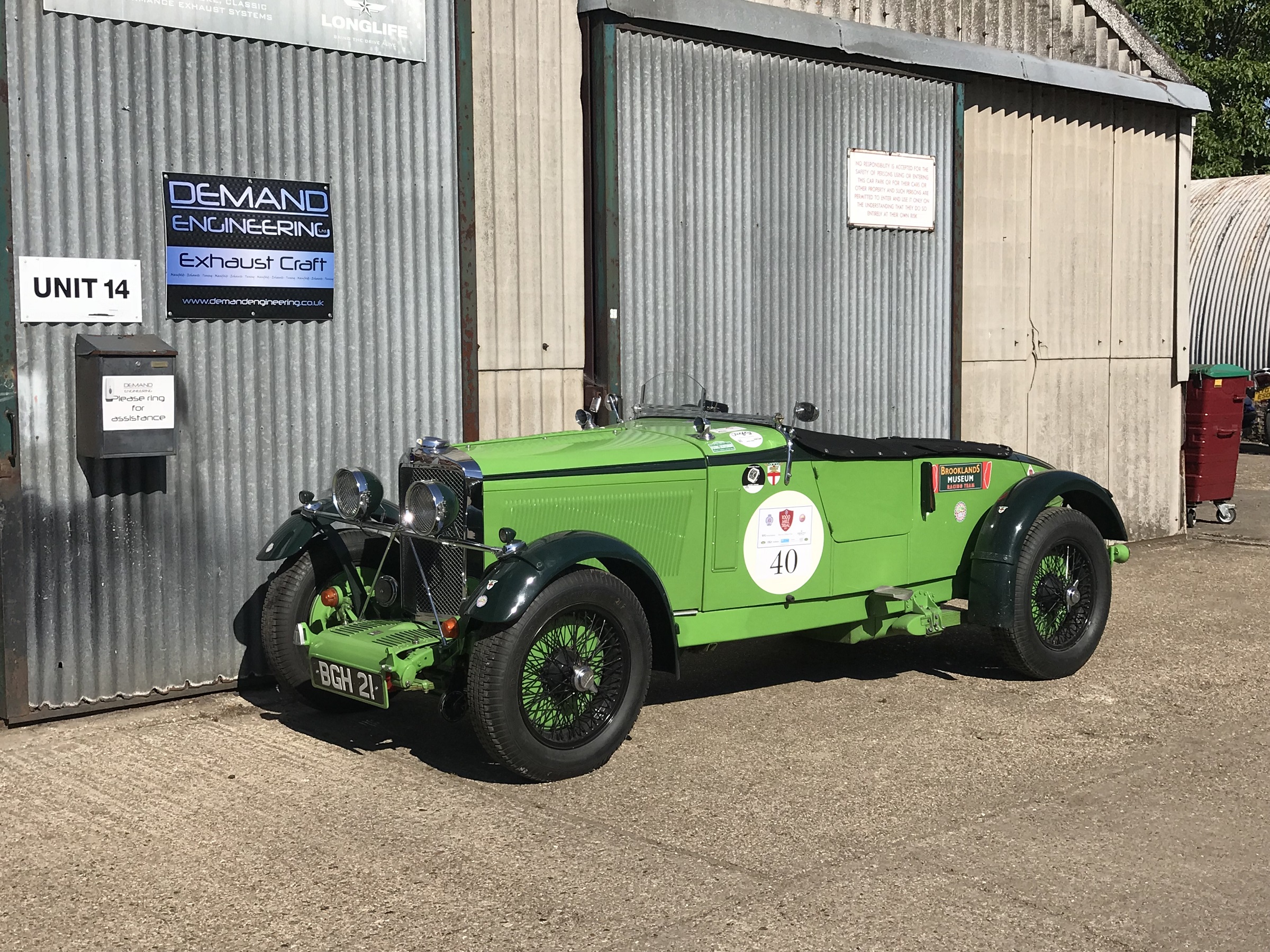 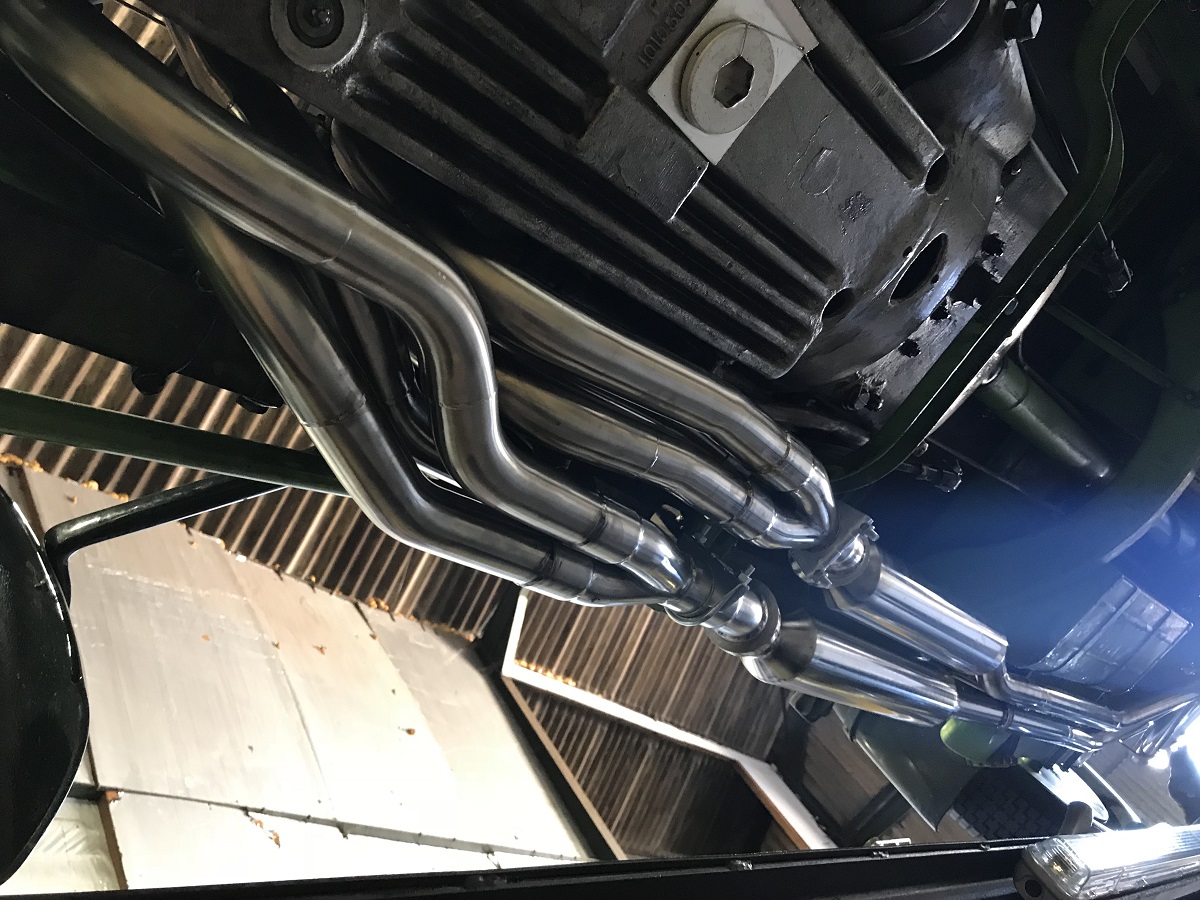 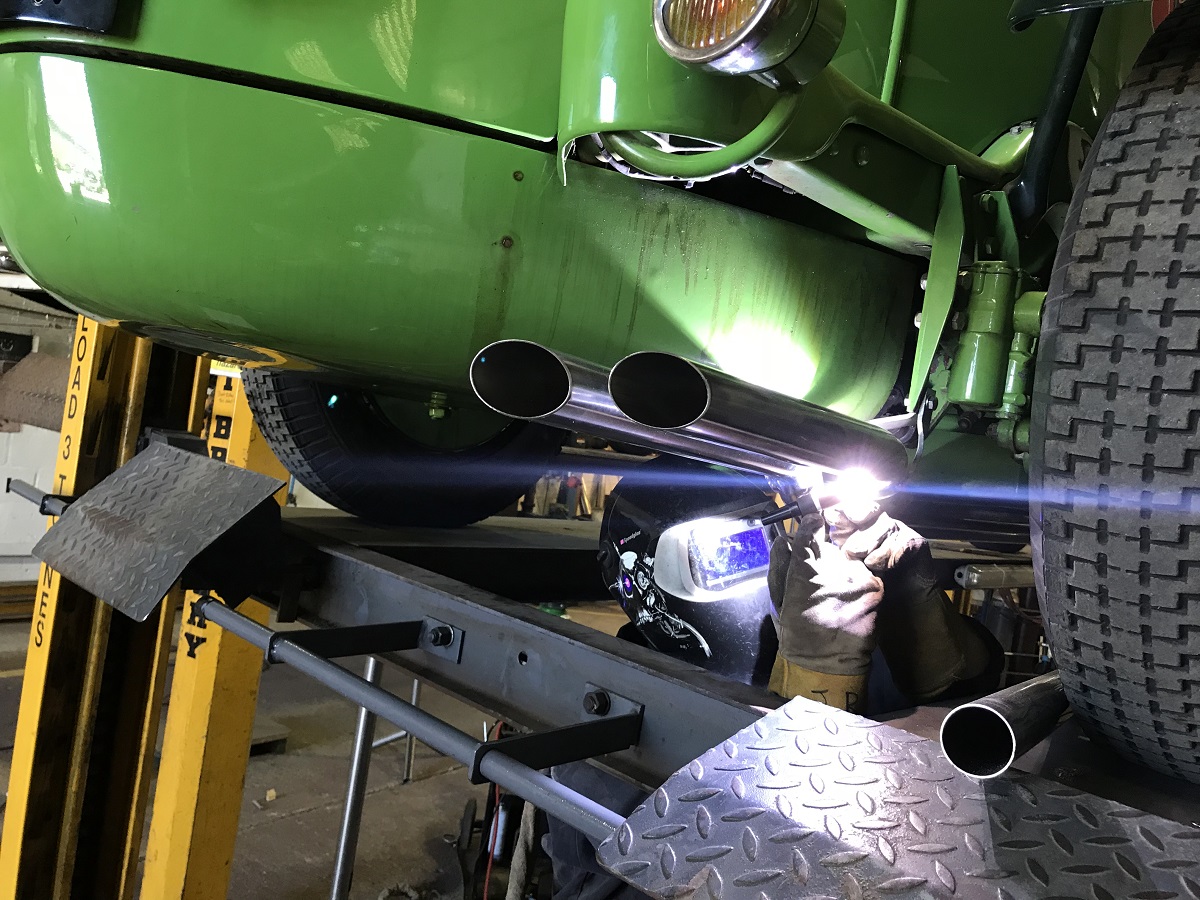 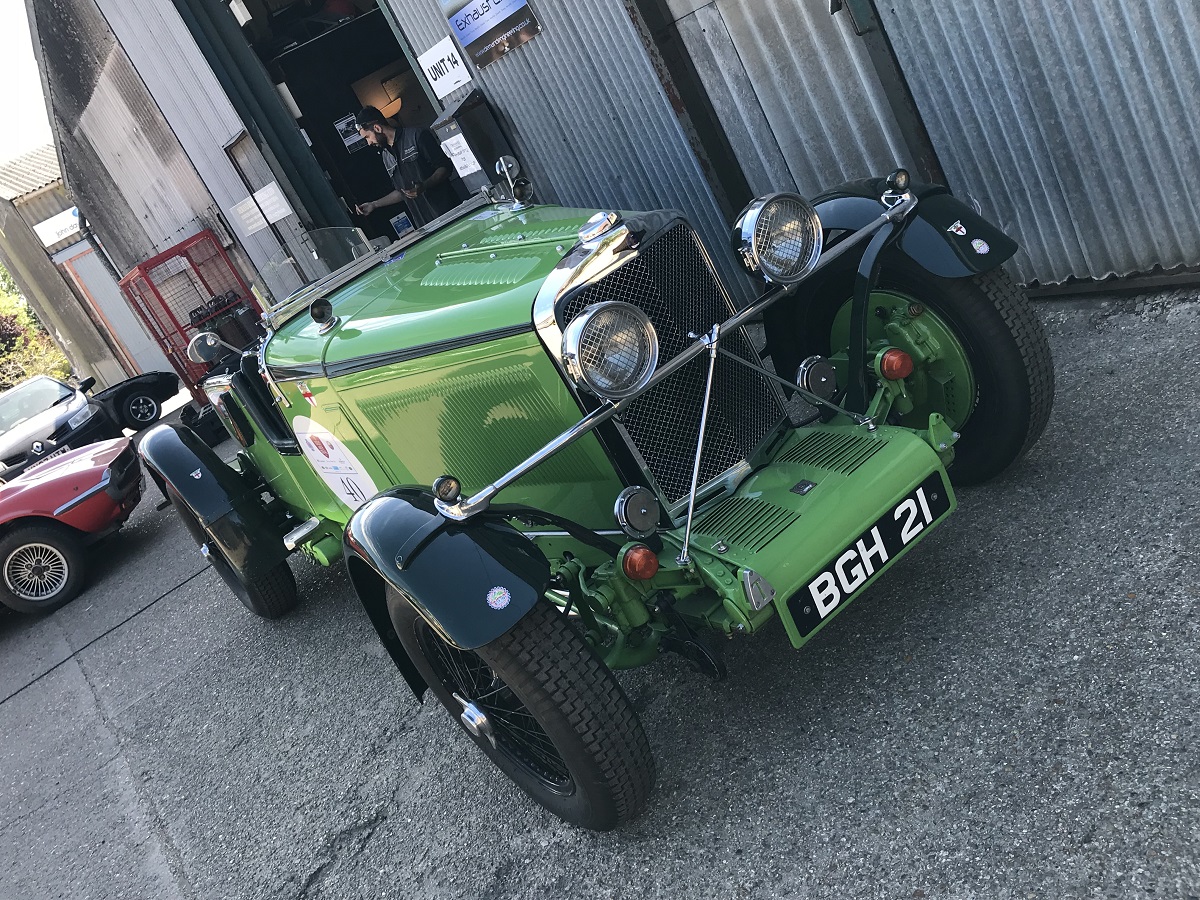 ‘Cars that you can Google’  seems to be a term I used a few times this year.  The owners of this lovely beast would rather remain anonymous, but I can tell you a little bit about the car…

Cars wearing the name of Talbot were made from 1903 in our fair town of London.  The model ‘105’ of which this gorgeous green example is know, made its first appearance at the London Motor show in 1926, it was classed as a high powered sports car.  “It was famously fast, described by one authority as the fastest four-seater ever to race at Brooklands”. (Wiki)

The exhaust system that we made, had to be finished in short order, had to be top quality and the car had to be collected the following Tuesday…  Now I don’t like being rushed with such a exhaust, its not generally indicative of ones best work, especially on a car such as this.. I’d have to pull out the stops..  ‘Why Tuesday?’  because the car is being shipped by international transporters Tuesday afternoon, and racing in the Le Mans Classic the following weekend. ‘ahh’ I nod sagely:  ‘Good Reason then.’

I’m Proud to say that the particular car with our exhaust finished 6th in the Classic (number 18), although its brother, that we entertained the previous week, won. 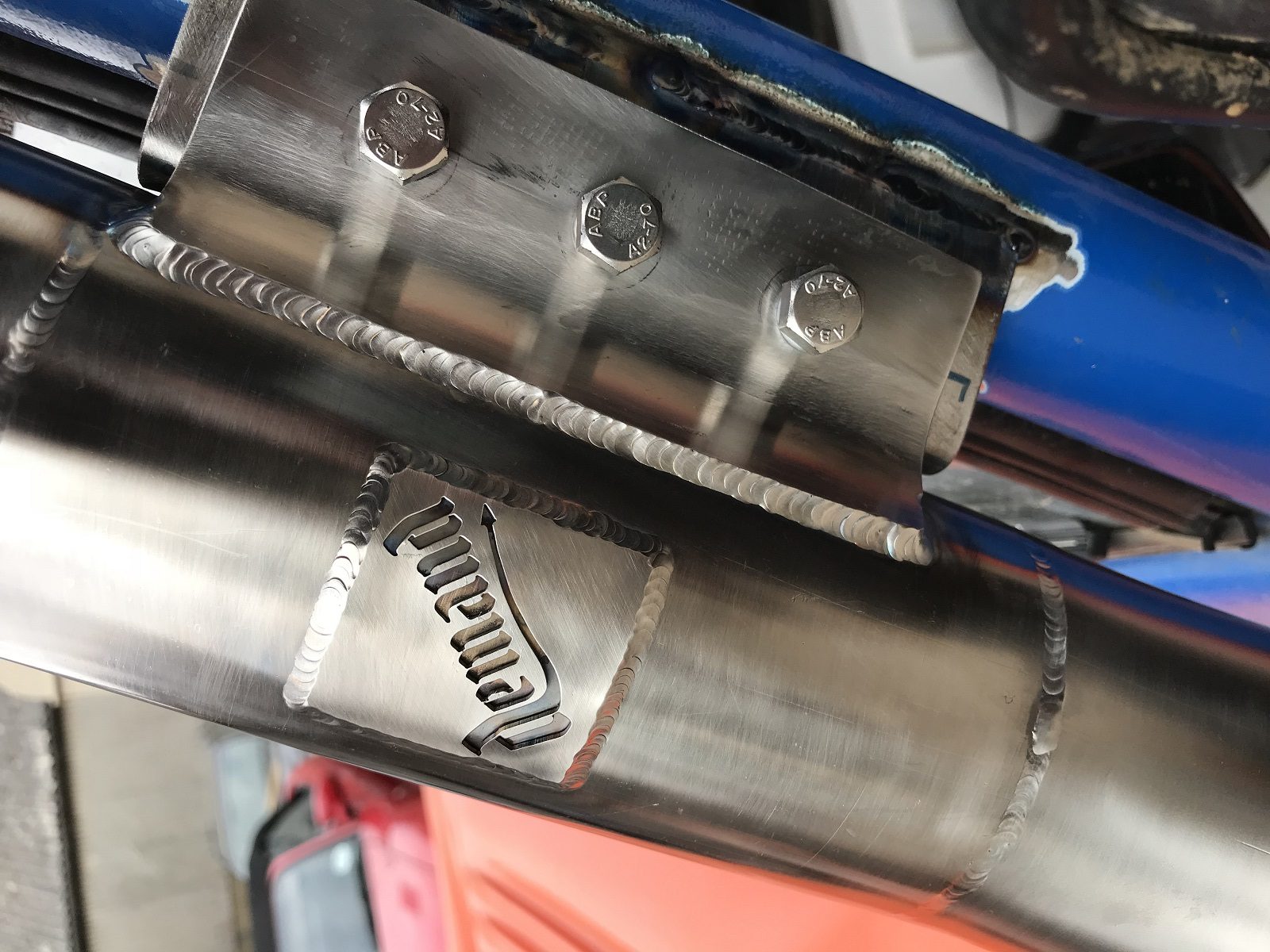 Interesting article in @classiccarsmagazine this m

I was reminded just how short life is this weekend

Something a bit different.. A Volvo Amazon and a V

It’s a family thing. My brother and I… Land Ro

Today is a day for rainbows 🌈 #tigwelder #summ